BIoGas the way forward in Finland 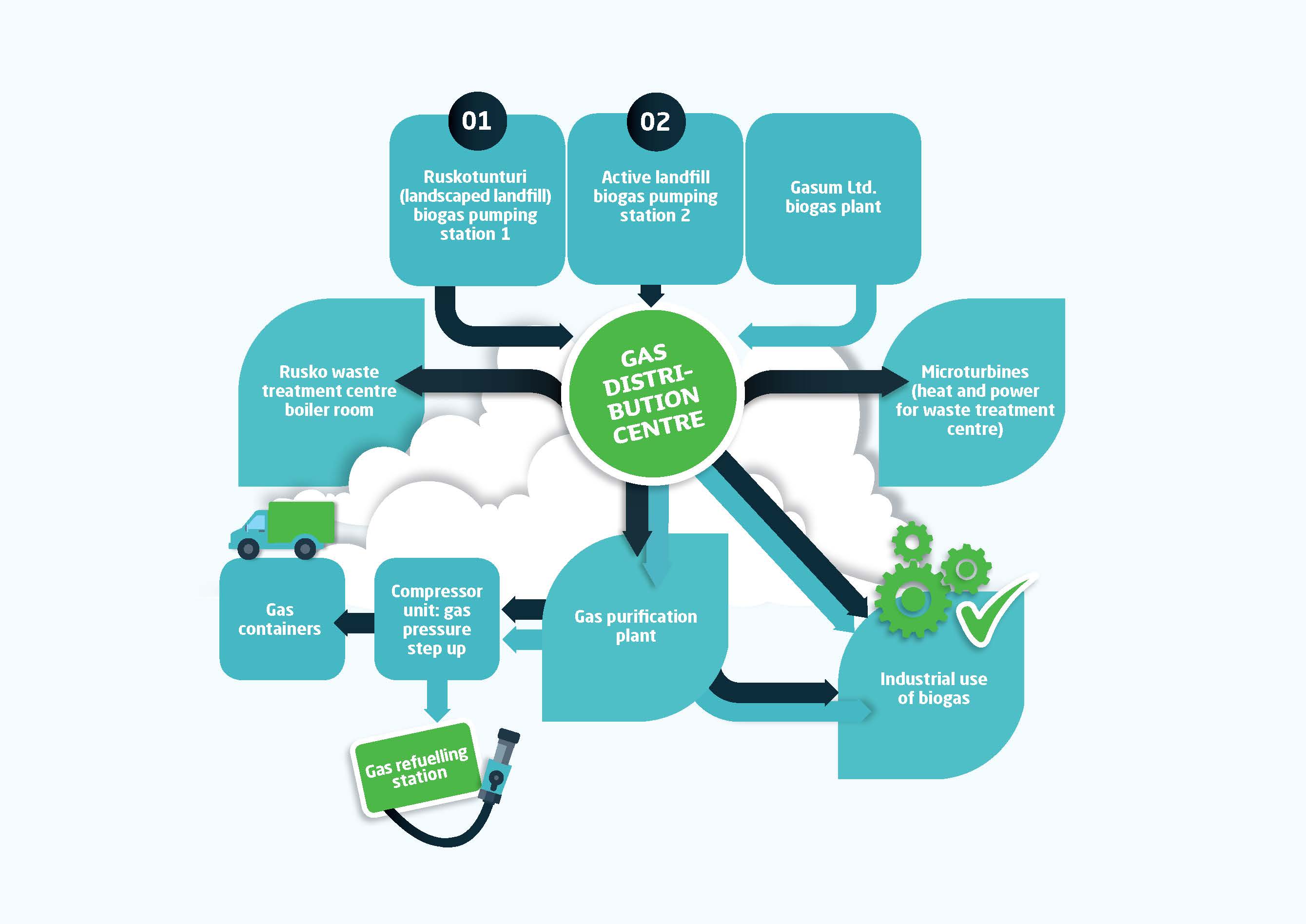 A biogas distribution station was opened at the site of Kiertokaari Ltd in Rusko on 1 September.

”We wanted biogas to be utilised efficiently. This is why a separate station was built for it in Rusko”, says Markku Illikainen, the managing director of Kiertokaari Ltd.

There are around five municipal biogas stations around Finland. Almost all the other stations are natural gas and biogas distribution stations owned by the Finnish company Gasum.

The aim of the state is that there would be a distribution station offering alternative fuels every 150 kilometres. In reality there is now only one station north of Jyväskylä, i.e. the Rusko station.

Since 1997 biogas has been pumped in Rusko for industrial clients. Their use of biogas is, however, diminishing. In the biogas purification station of Rusko both landfill gas and gas from the anaerobic digestion plant are purified by water.

An investment of € 1.5 million was made in the biogas purification station and the distribution station. There are still hopes for receiving state subsidy for the investment.

The biogas crew of Kiertokaari consists of four persons who work at the station in addition to their main jobs. They have all passed the training course for supervisors stated in the natural gas regulations.

No new employees have been recruited for the new station.

Low-cost and resistant to frost

Ten per cent of Kiertokaari employees already use a biogas car. Also managing director Illikainen himself uses biogas in his car.

He is eager to eliminate the strong prejudices people usually have against biogas cars.

“Contrary to popular belief, biogas also works well in below zero temperatures. Biogas is very affordable to the car owner. My car has a 15-kilo tank. Driving approximately 430 kilometres on the road costs € 20. Petrol is used as an emergency fuel. The only difference between a petrol-fuelled car and a biogas car is that instead of a spare tyre there is a gas tank in the luggage compartment of the biogas car. It is impossible to tell which fuel you are using when you drive the car.

A petrol-fuelled car can be turned into a bi-fuel car, which means that then it can also use biogas as fuel. In this case a suitable place must be found for the gas tank. The car must also undergo a roadworthiness inspection before it can be used in traffic.

City as a frontrunner in the use of biogas cars

3 000 petrol litres of biogas were sold in Rusko in September. At the moment there are dozens of biogas cars in Oulu.

“When people drive from the south to Lapland, they fill their tanks with biogas in Rusko”, Illikainen points out.

Illikainen believes that the use of biogas cars will increase in the future.

“The city could be a frontrunner in the introduction of biogas cars, for instance, by using them in the public transport and in the car fleet owned by the City of Oulu. It would suit well for the city buses”, contemplates Illikainen.

Kiertokaari and the public transport division of Oulu intend to do an excursion to Vaasa. In Vaasa twelve of the city buses use biogas as fuel.