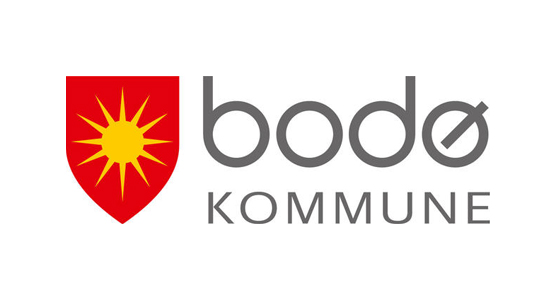 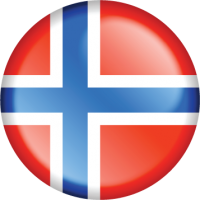 The city of Bodø is the administration centre in the County of Nordland and is the largest city in the county with 50 000 citizens. Bodø is experiencing a rapid growth in the population and is now transforming into a larger modern Norwegian city. In 2014, the city council adopted the overall strategic plan –Bodø 2030.

The vision for Bodø 2030 is an attractive capital in the North. This strategy contains six different focus areas where one focus area is sustainable city development. The municipality of Bodø has approximately 5300 employees and is responsible for several areas.  For example planning and building issues, health and environmental protection, street cleaning, waste management, water and sewage, emergency services, public order and safety and schools.

Within in the focus area sustainable city development, the city of Bodø has stated their climatic goal: Bodø is an innovative low emission city, where the citizens feel safe for nature related dangers. With this statement, Bodø will play an active role in both reduction of climate gas emission and in adaption to a future climate. Both innovation and development of new technology will be at central element in this work.

The city of Bodø is developing an own smart city project called Smart Bodø. This project is looking at the whole society perspective in city development. By this, we want to connect public health, education, welfare, environment, culture, governance, business development and technology development together.

The E-lighthouse project for the Bodø region has town planning and town development as  foremost objective. Bodø thus has started a strategic and ambit ious "Smart City" process to  achieve status as European smart city lighthouse. Within the area Smart-environments the  focus is at green buildings (energy efficient building), green energy (Bio-energy plants) and  green-town planning (concept of compact urban districts). Within the focus area of  sustainable city development, the E-lighthouse project will contribute to obtain energy and climate objectives.

The E-lighthouse project will support action making Bodø an energy efficient and low emission city, and will play an active role in saving energy in housing, take into use renewable energy and reduce climate gas emission. Activities within different work packets of the E-lighthouse project will produce new knowledge and strengthen the counselling and guidance function of city of Bodø towards the public. This includes knowledge related to town develop ment, building regulation for energy efficient and zero emission buildings, integrated high energy efficient technology, waste management, development of procurement instruments to increase reuse of waste,
finding good solutions to secure efficient use of resources, sustainable solutions and appropriate logistics, methods and documentation.

WP T1: Within the work package

Energy saving in municipal buildings and lighting activities targets to involve 40 municipal buildings. Wanted effect is  to reduce energy use with 5 %  and increase input from renewable energy sources by 3 %. City of Bodø will implement  activities where renewables replaces use of fossil energy by developing district heating infrastructure and through strategies for implementation of building integrated photovoltaic (BIPV). Within public Transportation City of Bodø has an ambition to replace fossil energy  with hydrogen or biogas. The E-Lighthouse project will document and evaluate these processes. To evaluate effects and goal obtainment it’s whoever necessary to develop indicator sett and methods, measuring effects of energy saving, changing energy mix, energy efficiency. There is also a need to evaluate the potential of energy efficiency. For this purpose an examination of public building according to their energy-standard will be carried through. Furthermore energy saving effects of implemented smart technologies will be monitored and documented for selected public buildings. New city plans will introduce the concept of zero-emission buildings. Towards this City of Bodø has started up the project Zero-emission Buildings. Knowledge form this project will support the ongoing activities of the E-Lighthouse project.

WP T2: Within the work packet

Energy saving for domestic retrofit and new buildings activities of targets to involve 80 retrofit domestic buildings and 500 new residential buildings. Wanted effect is to increase energy efficiency by 25% in retrofit buildings and by 10 % for new buildings. City of Bodø will promote information spreading to improve builders’ awareness in energy efficiency and renewable energy as well as change attitudes. Thus practical guidelines defining retrofit actions and their impacts on energy consumption will be outlined. This includes effects of implementation of energy efficient technology. It’s therefore important to define indicators to measure retrofit actions’effects and to develop proactive quality control concerning repair construction.

Furthermore this work packet will evaluate the need of regional/locale adapted building standards. Method used is to measure energy use though smart metering technology in selected residential area and combine this with meteorology data. Seminars and workshops with, general report about all e-Lighthouse seminars arranged by partners

WP T3 Waste management is about how to promote circular economy. In this work package

City of Bodö wants to increase uses of waste in production of energy. This might involve utilizing surplus heat from industry; production of biogas from waste or use of waste in districts heating systems. Another main objective is to encourage the development of waste management and to ensure green value creation and smart solutions by using waste as resources in new products or production processes. Experience shows that the circular economy is a strong driver of product innovation and product upgrading. City of Bodö has organized its infrastructure to take care of circular material flows in different ways and the E-lighthouse project will contribute to develop best practice of different waste management models. We also want to develop indicators to document the effects of waste management. This will make possible to formulate guidelines of how waste management can contribute to reduction of CO2 emission, energy saving, firm and job creation etc. Furthermore we want to ensure regional capacity building by identifying challenges, possibilities and driving forces in different ways of organizing waste management. This also includes the use of public procurement policy as an instrument and incentive to promote production based on waste as bi-products. To what degree this will create new firms and jobs will be documented. To implement strategies of waste for energy and reuse of waste depends on awareness rising in general and among the growing up generations in particular. Seminars and workshops will focus at learning and awareness rising and we also want to develop teaching materials on the subject of improved waste utilization for use in primary or secondary
school.

Through these activities we calculate energy efficiency, energy saving and greenhouse gas emissions in waste management. The objectives of this WP are to improved waste utilization, and reduce energy consumption through more effective material use and recycling. Our objective is to reduce energy consumption by increasing use of waste to energy and reduce waste-related CO2 emissions by promoting waste to energy and increased reuse of by-product. This will contribute to all over objective for E-lighthouse project: Energy saving 15 % and reduction of 20 % of CO2 emissions.